Is Addiction Just a Choice? Food for Thought

After all we know about addiction, there are still some people out there who view addiction strictly as a choice. This would be in the sense that people who are addicted could simply just choose to stop in order to get better and that’s all it takes. The following illustration can help some people understand things a little better because it makes a reference to food, which is something that almost everyone can clearly identify with.

There are some people out there who naturally have good self-control with food. These fortunate people can eat until they are full then simply stop eating any more than that, without effort. However, in the US and most developed countries, the vast majority of people understand the struggles associated with food. A large percentage of people in the world today get what it is like to wrestle with the feeling of knowing that you already ate enough, but still wanting to eat more and at times acting on those impulses and cravings by overeating. With that in mind, if addiction is a choice, how much more so should eating be dictated by choice? Based on the “addiction is a choice” mindset, no one in the world should ever be overweight because shouldn’t everyone just be able to choose not to overeat? Shouldn’t everyone have the self-control to just say “I’m done” when they reached the optimal calorie intake at a meal? Of course not! Millions of individuals struggle with their weight in this world because it is not easy to just make the choice and say “I’ve had enough” when it comes to being done eating, otherwise there would be no overweight people – everyone would be thin. Therefore, when you consider addiction one can understand how hard it is for someone to simply “choose” to stop using addicting substances because they have “had enough”. It’s just not that simple! .Losing control is at the heart of what addiction is all about. Anyone who thinks that addiction is purely based on choice alone is misguided. 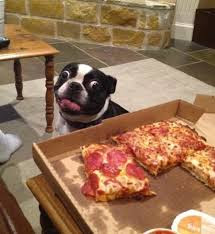 “I know I am full, but I just want one more delicious slice!”
-Almost everyone in the world understands this struggle;
So why can’t everyone have more compassion and empathy to try to understand addiction?

Nevertheless, in the change process, when overcoming addiction, there are many important lifestyle choices to be made along the way. Choosing new ways to cope and actively choosing new positive support systems and associations are part of this process. Choosing to seek help or take medication can be another important choice for addiction and mental health. The change process involves making a series of many critical choices that often have to be learned over time and with ongoing effort and practice on a daily basis.

Getting back to the food illustration, when most people try to lose weight, they rarely make just one blanket choice and say “I am going to eat less and work out” and then the pounds just steadily start dropping off from that day forward. In reality, for most people, when losing weight, each individual meal and each individual snack involves choice with regard to what is consumed, how much is eaten and how often. On good days the person dieting may choose a salad and sparkling water for lunch but on an occasional tough day he or she may choose the double cheeseburger with fries and chocolate milkshake. Exercising each day requires a renewed choice to go to the gym or go for a run or choose another calorie burning endeavor. Some days that choice comes easily but on others it can be extremely difficult. Some days it may be a 45 minute workout and other days it may just end up to be a nap on the couch.

The same is true with addiction: In 99.99% of cases, a person rarely wakes up one day and makes the choice to stop using and then just proceeds to live happily ever after going forward. Rather, as each day passes there are choices to be made about using or not using, giving in to or resisting cravings, using new coping skills or going back to the old habit of self-medicating, avoiding negative places or taking risks and going back to high risk areas and associates. Instead, positive change with addiction is a process.  An eventual positive outcome is the culmination of many, many little daily choices made day by day, even hour by hour. This process often involves making some good choices but at times having setbacks and making some not so good choices, but all the while, still moving forward and learning from these mistakes in judgement.

So the conclusion is that most people can understand that physically getting into shape is not as simple as just choosing to eat less otherwise no one would have weight struggles. So why should we expect anything different with addiction which can be so much more difficult than losing a few pounds on a diet for the average person. Addiction itself is not defined by a single yes/no choice.

FOR A PRINTABLE VERSION
of this with extended discussion and examples 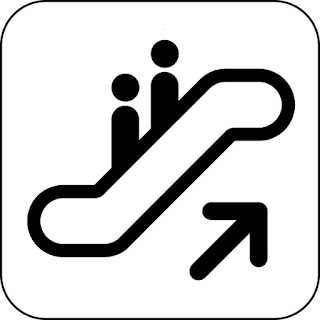