Mona was so upset when her son Bryce came home with the worst report card that anyone could ever imagine- straight F’s. Bryce failed every single subject! Mona, a single mother who was completely consumed with many problems of her own, felt disappointed, hurt and overwhelmed about this dilemma .She immediately sat down with her son and let him know that she was expecting his grades to improve immediately or there would be serious consequences

Bryce agreed to try harder but when he went back to school, he still struggled and it wasn’t long before he found himself still unable to pass a single class on his own in spite of his increased effort. One of Bryce’s teachers saw that Bryce was at least showing up and trying harder this time so he linked Bryce with some extra help by assigning Bryce a personal tutor for the rest of the semester.

When the semester ended, Bryce and his mother opened up his new report card to find that this time Bryce got straight D’s in every class. 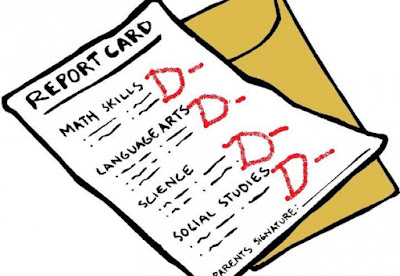 Discussion – The Moral of the Story

1 - If you were Mona, how would you react to Bryce’s latest report card?

It is very likely that most people would react positively to Bryce moving from all F’s to all D’s. Even though a report card of straight D’s on its own in most situations would be considered to be less than desirable, in Bryce’s situation it demonstrated significant improvement. The new report card showed that things were at least now moving in a more positive direction. It would probably be very discouraging and hurtful for Bryce if Mona decided to withhold praise for Bryce’s improved effort and outcomes as he moved up the ladder from F’s to D’s on his report card, wouldn’t you agree?

Meaning 1: This illustrates a key aspect of Harm Reduction which is referred to as “Accepting incremental change” – Simply put, people quite often tend to change steadily and gradually over time rather than suddenly and quickly. So getting back to this analogy of grades, it would be unfair to expect someone to go from an “F” to an “A” – In this case the slow and steady but positive change from F’s to D’s illustrates the idea of accepting and embracing change in this gradual, person-centered manner over time. Similarly, expecting an individual to go from using intravenous opioids on a daily basis for an extended period, to suddenly go to complete abstinence is a similarly highly unrealistic expectation. Serious addiction issues often require acceptance of incremental change over time based on the Harm Reduction model.

2 – Now suppose that Mona told Bryce she was pleased with his improved report card, but then when she found out he had used a tutor to help improve, she again was disappointed as she felt that the tutor was a “crutch” and Bryce should have made the improvements on his own, without the tutor. Does this seem fair and reasonable?

Meaning 2 – If Mona were to refer to the tutor as a “crutch” and if she used this as an excuse to minimize the progress that Bryce had made, this obviously would be very unfair and unjust. The truth is that progress is progress, regardless of what is needed to get there. This idea illustrates the negative attitude that some individuals still have toward Medication Assisted Treatment- MAT: (Medications prescribed to aid in the recovery from substance use disorders, particularly with regard to opioid use disorders.) The truth is that MAT is like the tutor in this example. Bryce tried on his own and he realized he was still struggling so getting extra help from the tutor was just what he needed to get over the hump and to start making more measurable improvements. Not only is there nothing wrong with seeking a little extra help, in many cases it is advisable. The same idea holds true with MAT: The right medications can be the difference maker when it comes to helping someone who is struggling with a persistent opioid use disorder to finally get to a safer place to then be able to continue to get better over the long term.

Did you understand the meaning? If you are a family member or loved one of someone who is struggling with an opioid problem, rather than wait until “all else fails” hopefully this illustration will help you consider an open-minded approach to Harm Reduction and Medication Assisted Treatment.  It is highly recommended to discuss this perspective with a trained professional who is knowledgeable of Harm Reduction and MAT for Opioid Use Disorders

"Start where you are, use what you have, do what you can" - Arthur Ashe

LINK to a printable version of this article - CLICK HERE

Braking the Cycle of Broken Promises

Have you ever found yourself stuck in a repeating rut of promising you will change, then working on it for a while, but then before you know it you are back to the beginning again? Almost everyone has had this experience when it comes to addiction or bad habits.

An individual might find him or herself stuck in this cycle for months, years or even for an entire lifetime. This is referred to as the “Cycle of Broken Promises” Consider five simple but powerful pieces of advice for overcoming what may be be perpetuating this negative cycle over and over again. 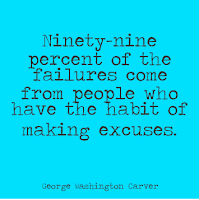 SIMPLE ADVICE: After you make a plan to change, don’t stop there - Follow through: Stick with the plan