This activity can work well over telehealth but can also be done in person. The rules are simple: Each person should take a turn and on their turn, they can choose one of the following:

Declare: v. say something in a solemn and emphatic manner. In other words, tell us how you really feel 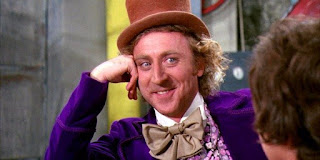 Disclose: v. to make new information known, reveal. In other words, tell everyone the truth 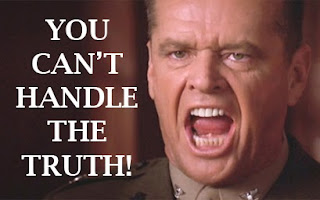 Display: v. to exhibit or make visible. In other words, show us 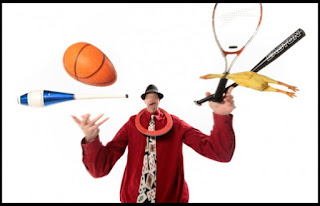 The counselors running this group are encouraged to come up with their own ideas but below are some suggestions that you can use after the client chooses Declare, Disclose or Display:

DECLARE:
How do you really feel right now about where you are in life?

DISCLOSE:
When is one of the last times you can remember making a fool out of yourself?
Have you lied or hid something in this program, if yes tell us about one time
Tell us about a time when you disagreed with your counselor or someone in this group, but they ended up being right
What is a fear you have that you may at times try to hide?
What is something that you sometimes feel insecure about?
Fill in the blanks: If ____ knew about _____ then I would be _____
What is one thing that you sometimes think about more than you should
What is something that your family doesn’t know about you?
What is something strange or unusual about you?
How long ago was the last time you thought about running from your problems and what kept you from going?
Tell us about the last time you cried or got choked up emotionally
What is something embarrassing or that you may not be proud of that makes you laugh?
Is there a song or movie that many people hate or make fun of, but you love?
If you were an onion and someone peeled all the layers, what’s inside?
Fill in the blank: My least favorite thing about ____ is ______


Show us a tattoo, birthmark or scar and tell us about it (Appropriate places only, no private parts please)
Do an impersonation of anyone that the group may know (Please do not be mean or insulting)
Try to rap or speak in poetry about a topic for the group and then explain what you meant
Show the group something that you have in your pockets or in your wallet and explain what it means to you
Show the group something in your phone and tell what it meant to you
Do some chair dance moves for 20 seconds (See if someone in group will make a beat)
Show the group one of your best strange faces
Keeping it appropriate what is a unique body part that you can show
Sing (or if you can’t at least recite) a few bars of one of your favorite songs
Grab something within reach and try to sell it like a commercial
While the rest of the group is silent, see if you can make weird noises by yourself for 20 second while everyone listens
Act something out (charades-style) and see if everyone can guess it
See how long you can stare forward without blinking
Fake laugh for 20 seconds and see if it turns real
Sing, or at least recite a show’s theme song that you memorized

Duplicity: The Story of Addy

The COVID-19 Pandemic has increased the use of telehealth instead of face to face treatment. Due to the decrease in social contact, many treatment providers have found it to be increasingly difficult to know what is really going on with group members when they do not honestly disclose the truth about substance use. This story and follow up questions are designed for group members who may be concealing their substance use (or considering doing so) to honestly self examine the choice to be up front and honest as opposed to trying to live a "double life"

Introduction – The following story is an allegory. An allegory is a story with a greater meaning. You will probably soon figure out the meaning behind the story. As the story is discuss, please keep in mind, the purpose of this exercise is for self-inspection and insight.
This story is not meant to open the doorway to finger pointing, accusing, blaming or judging of others in the group. It is for learning about and looking at yourself. Also, there is no expectation that anyone make any confessions, and no one should feel judged or expected to say anything that they do not want too. Now please focus for a few minutes and listen to the story of Addy the Caterpillar: 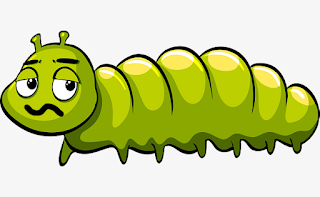 Addy –
All the caterpillars were eating leaves and their lives got out of control. Eating leaves was fun at first but soon it became an obsession and all the caterpillars did was eat and eat and eat and eventually eating leaves took over their lives. Finally, an instinct kicked in with all of the caterpillars which told them it was time to change and grow. All of the caterpillars made their cocoons and started their transformation. All except one
One caterpillar who we shall call Addy was very smart. In fact, he may have been too smart for his own good. Addy knew that going into the cocoon was hard work and doing all of that changing was going to be a long process and at times painful struggle. Another problem that Addy had was that he didn’t want to stop eating leaves. He knew he was out of control, but he wasn’t ready to stop his leaf eating habit just yet. Addy, being very clever, came up with a plan.
When all of the other caterpillars when into their cocoons, Addy pretended to make a cocoon. He just worked on the outside so it would look like a cocoon, but it was just the mere shell and no real change could happen inside of it. As the other caterpillars went into their cocoons, Addy pretended to go in his, but as soon as the others were all gone, Addy came right back out and started eating leaves again with no one to bother him.
After a few weeks of enjoying his leaves Addy could hear the other caterpillars coming out of their cocoons. Addy had to come up with a new plan so the others couldn’t figure out what he was doing. Addy, being as clever as he was, got two colorful leaves and glued them to his back to appear to be a butterfly like the others. 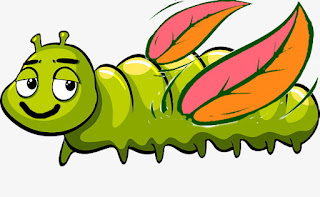 Soon as other caterpillars all came out as butterflies, Addy pretended to be one of them. The butterflies had changed and now were eating nectar, but Addy still was hooked on leaves. This time however, Addy had to eat leaves in secret when none of the other butterflies were looking
Over time the other butterflies started to notice something wasn’t right with Addy. He just didn’t look like a healthy butterfly like they did, and he wasn’t growing and learning to fly. The other butterflies would periodically check in with Addy and ask him things like “is everything OK Addy, something doesn’t look right” but Addy would always insist he was feeling fine and that he was doing great and making awesome progress as a butterfly, even though he was only pretending. With time the other butterflies couldn’t help but notice something was wrong with Addy and he was no butterfly. But Addy had spent so much time and energy trying to fool them, so they all stopped asking and just wished him the best. They all knew something was wrong with Addy, but they had their own lives to worry about as they were butterflies and it was time to move on
Eventually all of the butterflies started to fly away but Addy kept up his charade, always making excuses why he wasn’t flying like the rest them. Soon all the other butterflies were gone and by then Addy’s fake wings had fallen off and there he was again eating leaves, living the life of a caterpillar. Addy reflected on his life and he was truly disappointed as all of his butterfly friends had grown up and flown away and he was stuck alone living the same life he had been living with no progress. Addy regretted not taking the time and putting in the effort to become a butterfly because being a caterpillar for this long had become tiresome and dreadful. The leaves were no longer as enjoyable, and he was alone and afraid. Addy thought to himself “why didn’t I just speak up and ask tell the other butterflies about my struggles, they could have helped me, and I could have been a butterfly right now!” 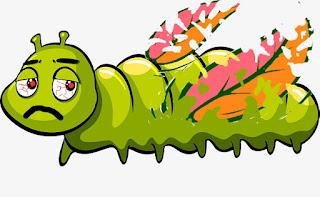 
What is the meaning behind the story? – Obviously it is an allegory about addiction and duplicity

Duplicity - deceitfulness in speech or conduct, as by speaking or acting in two different ways to different people concerning the same matter; double-dealing. Another way people often describe duplicity is “living a double-life”

Again, the rules for discussing this topic is for
SELF ASSESSMENT
No judgment
No accusations
No one is asking anyone to admit or deny anything – Just food for thought -for YOU as an individual

Can anyone identify with Addy’s story at any point in their lives? Living a double life can be common in the process of addiction.

Why do people choose to live a double life when it comes to addiction and sometimes even when a person is supposed to be changing or recovering?

What is the eventual outcome of living a double life?