“The only requirement for A.A. membership is a desire to stop drinking" - That's very inviting for those who qualify but what about the millions of people out there who have an alcohol or drug issue of some kind but have little or no current desire to stop? One may reason that it is just too bad for those unfortunate individuals who don't want to stop using and there is nothing anyone can do for them. That may very well be true in some instances, theoretically speaking, as it is extremely difficult to help someone to change who does not want to change.

Realistically speaking, however, if you ask any substance abuse treatment provider which types of situations dominate their treatment programs, they will likely tell you that treatment usually consists of a huge mandated and coerced population. The truth is that a huge proportion of people in substance use treatment often have to stop to avoid consequences (for example, someone on parole who enters a program to avoid returning to prison, or a man who is going to lose his job if he doesn't complete a program because he gave a random dirty urine on the job) Let's not forget the countless adolescents and young people in treatment, most of whom will openly state that the only reason that they are in treatment is to get someone like their parents or probation officer off of their back and the minute that the smoke clears (no pun intended) they intend to go right back to getting high.

When we consider these and other similar examples and look at all of the people who end up in treatment programs who have little or no motivation or desire to stop using other than to avoid consequences, then obvious next question is: Why are so many treatment programs still strictly using 12 step methodology when many people don't even meet the basic minimum requirement for the 12 steps (A desire to stop?) 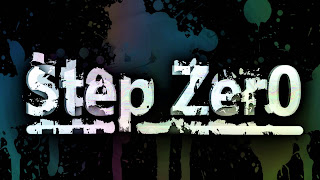 The reality is that such a huge percentage of people who have substance use issues who are in treatment are actually on Step Zero. This would describe an individual who is clearly not ready for the 12 steps, therefore it does not make sense to try to force an approach on someone who does not meet the basic qualification. Rather an alternative approach and perspective is so desperately needed that starts from the point of building motivation and insight where those qualities may be lacking. Starting at Step Zero is about the critical process of carefully igniting the spark that can light the fire within, needed for positive change

SUD's - Close but no cigar

With the DSM-V out the move in the world of addiction has gone toward the term SUD's which stands for Substance Use Disorders. That term has been bouncing around for years but now its really gaining momentum as the accepted term to describe the overall spectrum of problems related to substance use/abuse. Personally I think its a step in the right direction but I believe that a small adjustment is needed.

The move away from trying to define whether someone's use of substances is actually substance ABUSE or substance DEPENDENCE is actually a good idea. The criteria for determining substance abuse vs. substance dependence really was never very practical as it was not based on "real-life" ways most of us view problems with substances or addiction. SUD - "Substance Use Disorder" seems to accept the fact that there is more of a spectrum when it comes to the problems that people may develop when it comes to drugs, alcohol and other addictions. When you think about what defines a problem, in reality there are so many variables to consider. Consider alcohol for example: the interplay between the amount someone uses, the frequency of use as well as the consequences that occur as the result of use. This can result in a lot of different ways to categorize a Substance Use Disorder. For example compare someone who uses drinks only once every other month but on those infrequent occasions, this person drinks a fifth of vodka to the point of blackout and at times becomes suicidal and as a result has been hospitalized three times in the past six months. Now compare that with the guy who works full time and drinks a six pack every night of the week who has never officially been in trouble but every day his wife complains about his drinking. Now compare that further with the 20 year old college girl who is an A student who drinks too much at parties only on the weekends, but she just got her second DUI. Three different examples, with three different patterns when it comes to amount and frequency of use. Often, the variable that is most influential with regard to someone's motivation for getting help is the consequences. It is the consequences that people experience as a direct or at times indirect result of their substance use is what drives people to get help.

With that said, my book, "Taking the Escalator: An Alternative to the 12 Steps" proposes use of the term SUI - Substance Use Issues instead of substance dependence, substance abuse or SUD's (Substance Use Disorders). Its the "Issues" (consequences) that people care about the most when it comes to their substance use and these issues are such a critical factor in determining the degree of one's problem. Substance Use Issues is an easy to accept term as avoids "hard to swallow' terms like "dependence" and "disorder". Most people would have an easier time accepting that they have an "issue" than openly confessing that they have a "disorder". In addition, most people who end up in treatment do not want to be there, especially early on. Would you like to enter a treatment program and right away be told that you have a "disorder". Probably not. Do you think teenagers and young people are ready to hear that they have a "disorder"? -Doubtful.

Substance Use Issues, on the other hand considers the wider spectrum of types of problems that trigger people to get help while leaving the door open to a non-threatening, non-judgemental dialogue with people seeking help and that is exactly what we need.

Recovery is a Misnomer

The world has come a long way with regard to accepting the concept of "Recovery" when it comes to describing what is involved when one tries to overcome a substance use issue. The world's acceptance of the term recovery is a step in the right direction overall. Recovery implies that getting better is a process and not an event, which is most definitely true when it comes to addiction. Recovery is a hopeful term which is synonymous with healing which is also extremely positive and beneficial. Recovery involves getting back what one once lost, similar to the way someone who is gets sick, returns to health and back to their former state of functioning. It is this particular aspect of recovery however that needs to be reevaluated.

1.      to get back or regain (something lost or taken away)
2.      to regain health after being sick, wounded, or the like: to recover from an illness.
3.      to regain a former and better state or condition

In reality, however people are using drugs and alcohol at younger and younger ages. Access to drugs has increased in many neighborhoods. An increasing number of people who face substance use issues today come from situations where substance use is commonplace in people's immediate neighborhood; right outside their home in some situations. For many young people, drug use occurs right in the home with parents, siblings and even in some cases grandparents and extended family. It is with this growing population that recovery is a misnomer. For example: consider a young person with a drug problem who grew up in a drug-laden housing complex raised only by a mother who used drugs with an incarcerated father who himself came from a drug selling gang. The person in this example or any person in a similar scenario may never fully have the opportunity to learn the basic healthy coping skills and supports needed for proper development. When these coping skills, tools, and supports are either minimal or unavailable in one's life from an early stage then in actuality there may be little nothing to "recover" when it comes to returning to a previous state of positive functioning. In other words, for countless individuals with substance use issues, there is no former better state or condition to return to in recovery due to unfortunate circumstances beyond their control as children. In the treatment world we are seeing this more and more. A new perspective is sorely needed:

www.takingtheescalator.com
Posted by Taking the Escalator at 10:40:00 PM No comments: 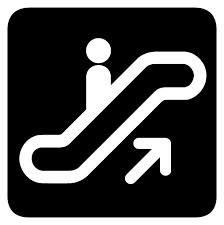 Conquer Substance Use Issues - Your Way!
Millions of people today who are struggling with some kind of substance use issue or other challenging, hard-to-break habit or addiction have come to the conclusion that the 12 steps simply are not for them. Similar to the way that not everyone responds the way they are supposed to when taking a medication for an illness, many people who use substances but want to change would consider themselves “12 Step Resistant” for a variety of reasons, yet they desperately need an alternative approach that works.
Finally, an effective method for making positive changes with our bad habits and addictions is here. The exciting new book Taking the Escalator: An Alternative to the 12 Steps, written by Ken Pecoraro, is different than the 12 steps and many other methods because the methodology does not prescribe a predetermined path toward self-improvement simply based on what may have worked for some other individuals years ago. Taking the Escalator instead allows the reader to consider their own personal values, beliefs and circumstances and then develop their own road map toward “escalation” or “upward change”, which in effect is the process getting better by getting motivated and staying that way! This amazing method will simply change the way the world looks at addiction which is long overdue.
Ken Pecoraro, LCSW, LCADC, has worked directly providing treatment for individuals with substance use and emotional-behavioral issues for over 20 years using a motivational perspective. His extensive knowledge and expertise with helping individuals who find change extremely challenging as well as caring for individuals who did not respond to traditional approaches permeates Taking the Escalator: An Alternative to the 12 Steps.