Searching for an Invincible Summer

“Bite the bullet” – Definition: To accept the inevitable impending hardship and endure the resulting pain with fortitude - http://www.phrases.org.uk/meanings/bite-the-bullet.html

“Bite the bullet” is not a very popular or well-liked phrase these days probably because no one ever wants to be told, “Too bad, you are just going to have to bite the bullet about the bad news this time!”  Nevertheless, qualities such as fortitude, endurance, and determination are the stuff that inner courage and true inspiration are built upon. One of the most humbling experiences that can happen to just about any individual is to meet someone else who is legitimately suffering a great deal more than you are, yet complaining a great deal less. What can make that all the more fascinating and inspirational is when that unique individual is not only complaining less but they are also coping even better than you are. It can be like reset button for our ego to witness firsthand someone who is able to keep moving steadily forward while hauling an emotional or physical proverbial load on their back that dwarfs our own sack of problems we are exerting ourselves to carry. These are the people that inspire the rest of us to re-evaluate our own circumstances and to focus more on gratitude and less on self-pity along with our host of daily grumblings and gripes.

My goal here is not to minimize anyone’s day to day struggles because it’s safe to say, life is not generally easy for any of us and at any given time anyone’s individual circumstances can be unexpectedly unfair, harsh, painful or unjust. No one is immune to some degree of unforeseen or self-inflicted strife from time to time if not more often. Some of our most challenging personal calamities may be physical, emotional, spiritual or any combination thereof. Regardless of how big or small, significant or superficial our trials, tribulations or troubles may seem to be, we can learn from those among us who have the courage to endure. These individuals continue to seek and find the proverbial light of summer even within the darkest, densest and coldest of winters. 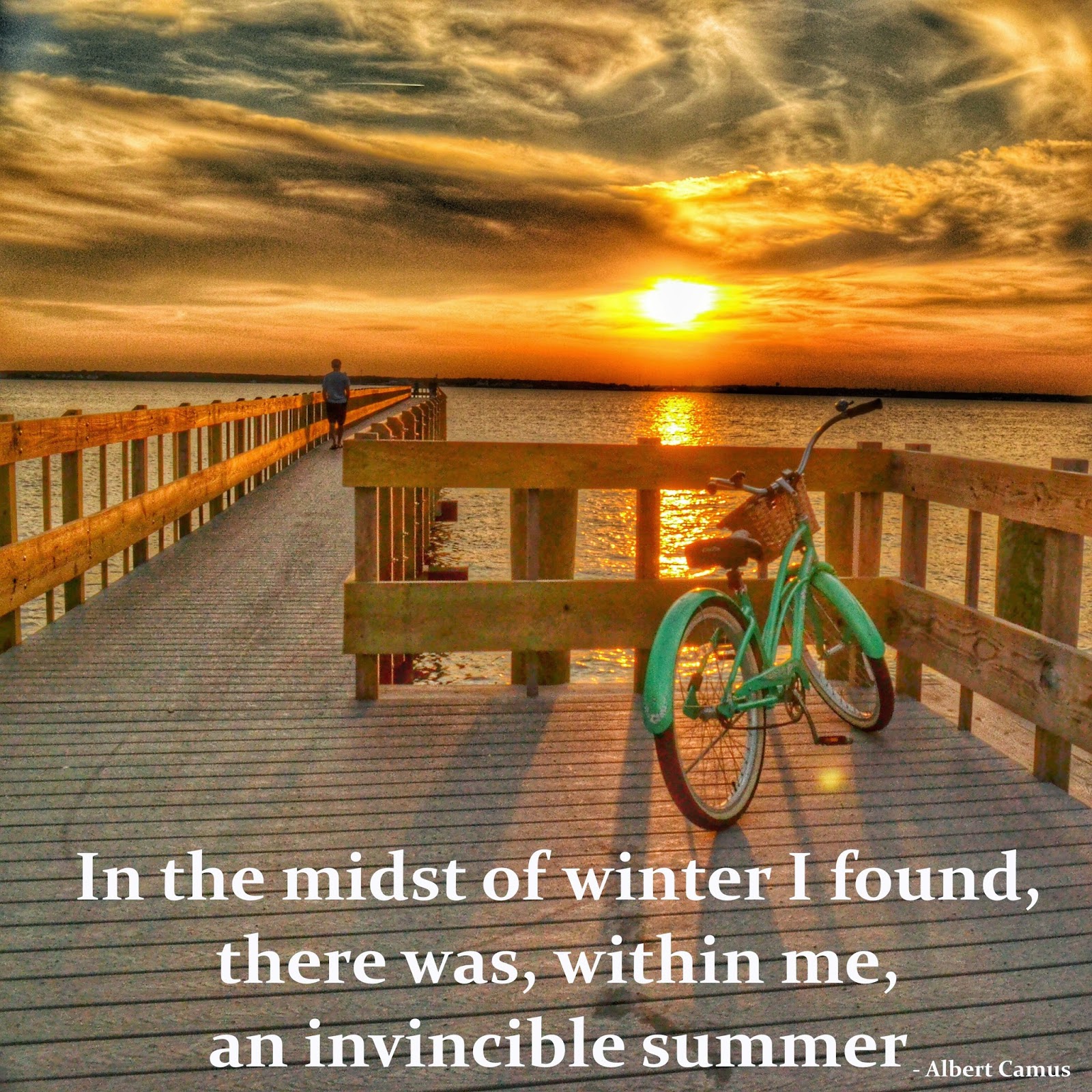 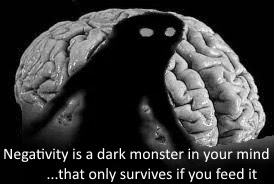 At first, the fledgling monster begins as a small parasitic intruder inside your brain. When you are not paying attention, this clandestine creature finds a dark corner within your mind where he looks to settle in and make himself at home. Soon thereafter, the monster reveals his voracious appetite for his favorite form of sustenance: your negative emotions such as: anger, shame, frustration, anxiety, depression, and disappointment.

The monster may seem frightening on the outside but he is actually timid and fearful and therefore does not like to come out of the darkness. As he hides in waiting, he carefully plants subtle thoughts into your stream of consciousness as a form of bait to draw out your negative feelings that serve as his cherished food for survival. The monster has several ways to bait you into experiencing the negative emotions that he feeds on in order to grow and flourish. For example:

> The clever monster loves to feed on your shame and guilt so he plants messages of self-hate and self- doubt into your head such as “I can’t do this”, “I’m a failure” and “I’m not good enough”

> He devours your feelings of sadness, disappointment and depression by tricking you into contemplating thoughts of helplessness and worthlessness such as “What’s the point of even trying any more” and “No matter what I do I always fail”

> This calculating beast in your head has an almost endless array of traps and tricks to draw out your anger, hate and frustration by carefully deceiving you into ruminating on nagging ideas of paranoia, revenge, mistrust, irritation, impatience, resentment and self-righteousness that drain you of inner peace yet keep him thriving and growing stronger.

As one would expect, the more that you fall victim to the monster’s subtle treachery, the more your negative emotions take over and the more the monster grows. The larger he becomes, the greater influence he has on your psyche, thereby making you even more miserable and making himself stronger and all-consuming as he steals your power and energy.

There is hope if you fall victim to this perilous situation as the monster’s greatest strength is also his greatest weakness. His survival completely depends on you and what you choose to focus on. Thus, when you sense yourself perseverating on that which brings you down yet builds him up, simply remember that when you give attention to these negative thoughts you are just feeding the monster. Hurry instead to do whatever positive things you can to let go and fill your head with positive reflections of hope, determination, courage and gratitude as well as a steady flow of affirmations, faith, goals, and dreams. Negativity surely is a monster in your mind, but he can only survive if you feed him, but starve him and he will die.

www.takingtheescalator.com
Posted by Taking the Escalator at 9:36:00 PM 6 comments: