Below is a list of some very important and desirable human traits that dogs often can display much better than us on a consistent basis. Discuss each one as a group:

If you have a dog, discuss how dog ownership can help you cope. For those who don’t have a dog, share how animals and nature in general can help us to cope and thrive.

Pick one quality above and share how you can increase your effort to display this positive quality more in your life and how do you specifically plan to do this going forward?

Directions: This group therapy activity features a series of pictures that depict various artists thoughts and feelings about mental health and substance use related topics. As a group, review each picture and discuss group members thoughts and feelings about each picture. The counselor/group leader should be prepared to let anyone express if they feel triggered by any of these pictures to work through their feelings if that occurs. However, as a precaution, graphic pictures were avoided for this exercise for that very reason. Also, many of the pictures are "dark" however the last two are more hopeful and recovery-focused, to end on a positive note which is the ultimate goal. Further, if there is time, the activity at the end is about using our feelings discussed in this activity about some of the struggles associated with addiction and mental health to motivate us toward self-improvement, empowerment, hope, positive future goals and recovery.

Some suggested discussion questions for these pictures (optional) –

What do you think that the artist was trying to show in this picture? Is there a message that comes across to you?

Do you have a personal reaction to this picture? What thoughts come to mind? What feelings does it bring out?

Review each picture as a group and discuss

When the group is done reviewing the picture, it is important to end on a positive note. The goal of this exercise is to discuss thoughts and feelings and mental health and addiction; however, it is best to end the session focused on positive motivation going forward. Therefore, to end this session discuss the following question:

How can you use the thoughts and feelings that we discussed today related to these pictures, to stay motivated for positive change, and make positive progress in your recovery? 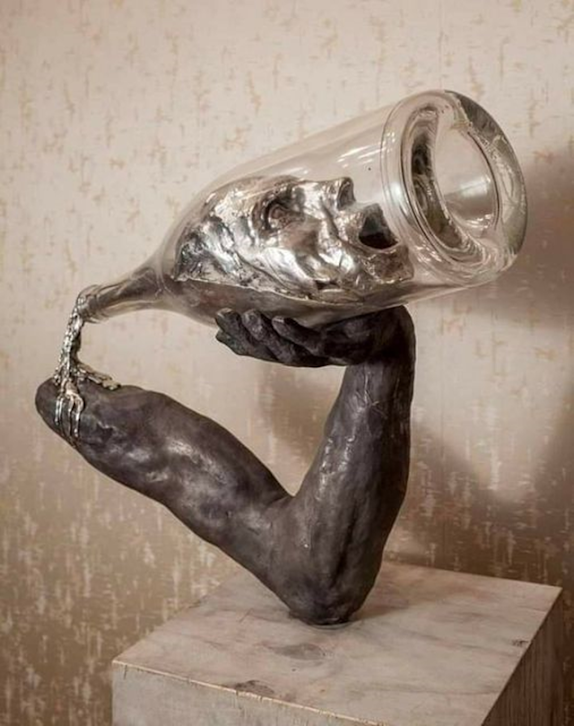 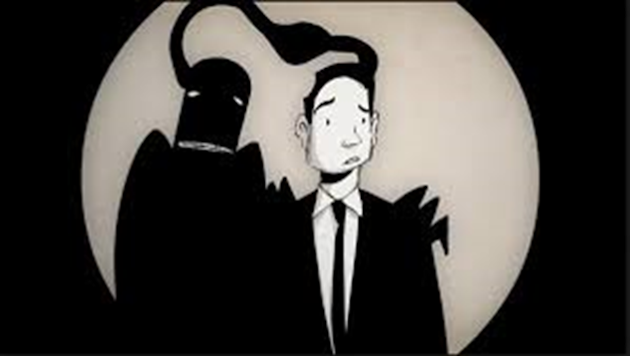 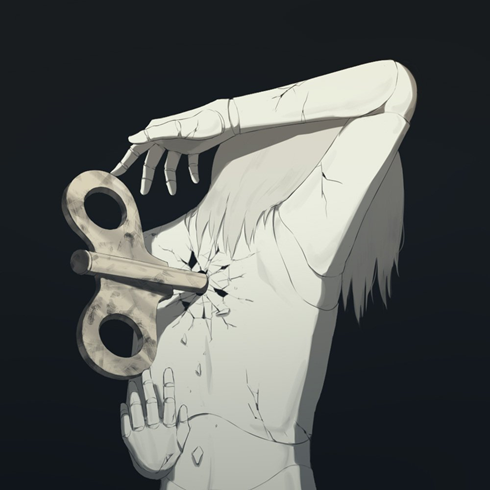 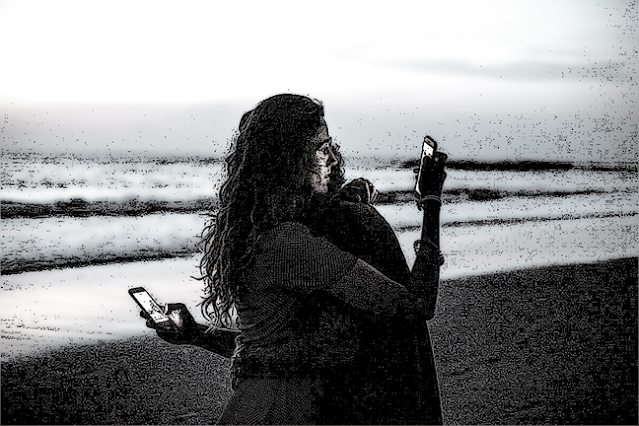 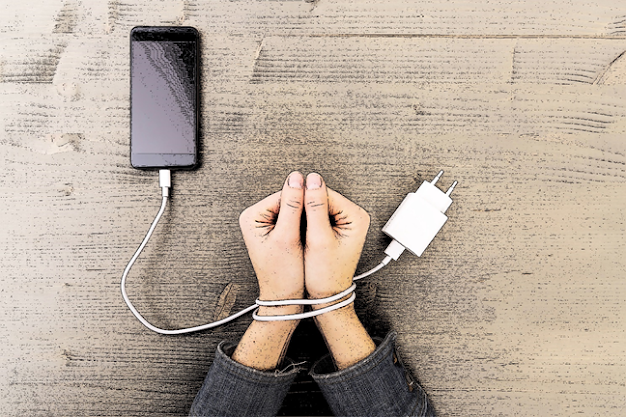 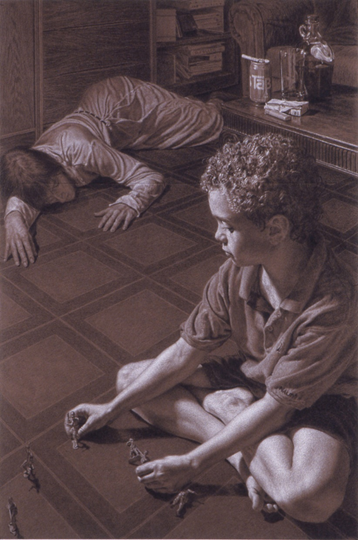 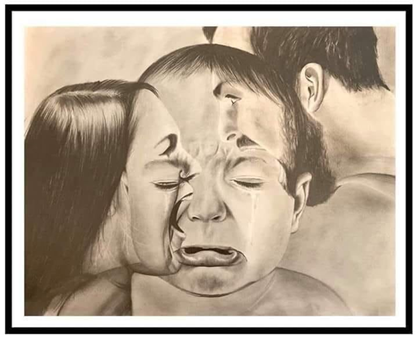 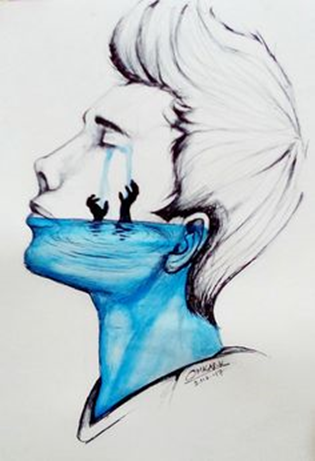 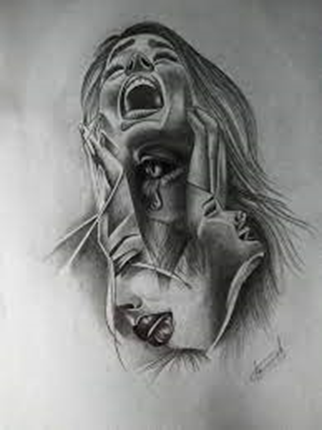 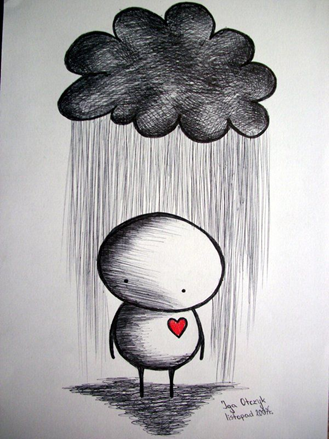 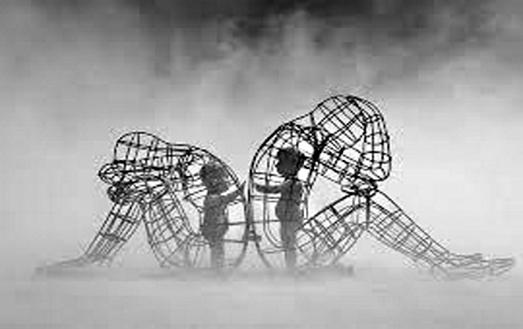 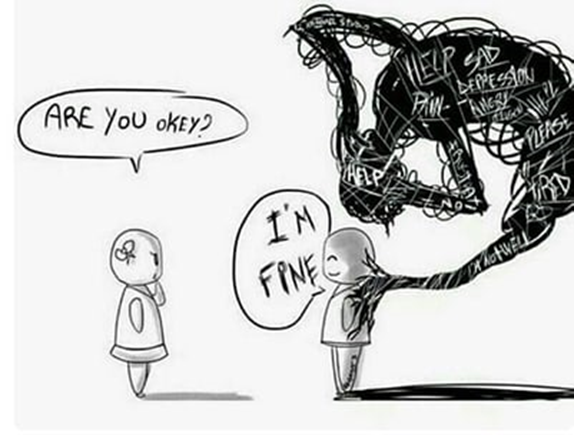 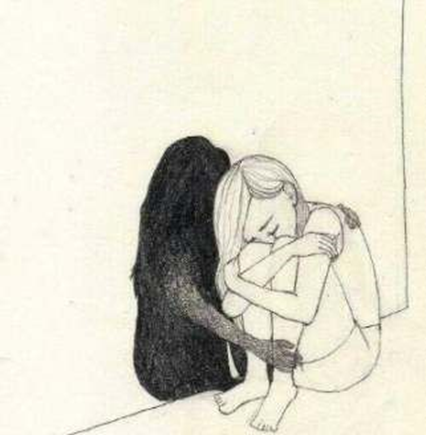 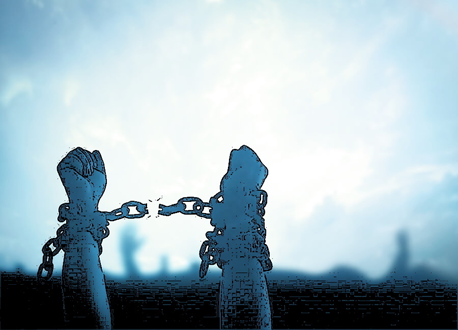 Discuss: In your life, what motivates and inspires you today?

Draw and Share (If time) – Pick a positive topic word or phrase as an artwork theme and everyone in the group should take some time make a drawing based on that theme. Share and discuss your work (Focus on meaning, not quality or artistic ability as this exercise should not be an art contest but rather about self-expression regardless of skill 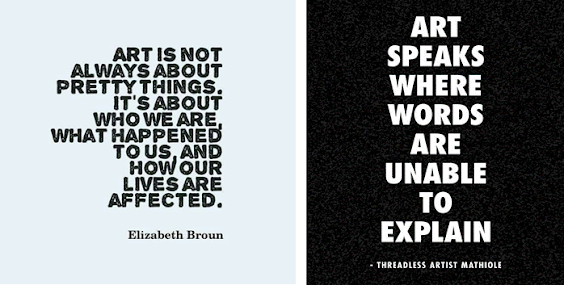 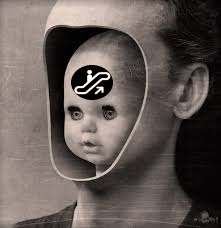 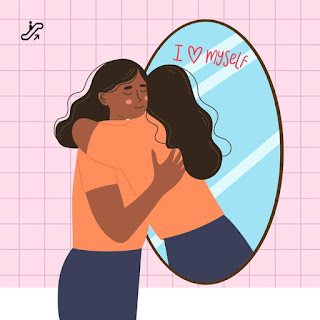 1.    Nullify Negative Thoughts – If you catch yourself putting yourself down in your own head (Like “I’m so stupid” or “I’m never going to make it”), practice breaking that negative habit. Do whatever you can to distract yourself and think of something else. If possible, do the next one below instead (Think positive) 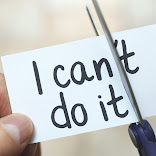 2.    Practice Positive Self Talk – There is a reason for reviewing these affirmations from the previous exercise and that is because affirmations work. Practicing saying a few positive things each day can lead you to starting to believe these positive thoughts. Learn to be your own cheerleader 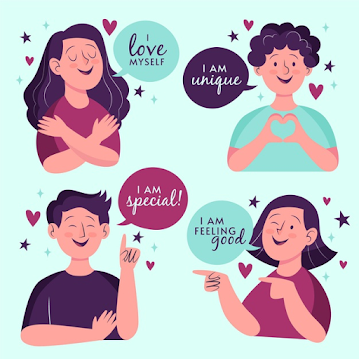 3.    Learn When Not to Care – It is nice to be a caring person and there are times when it is important to care about what others think as image can be important. However, people with higher self-esteem usually are skilled at knowing when to ignore the haters, drown out the drama and lose the losers. 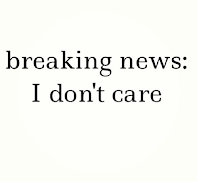 4.    Don’t “Catch” Other People’s Negativity – Negative thoughts and vibes are often contagious, and some negative people are skilled at spreading the disease of negativity through gossip, slander, insults. Other people can be sarcastic and discouraging and can pull you down with their words gradually over time. It is often best to avoid spending too much time with anyone like this if you want to build yourself up 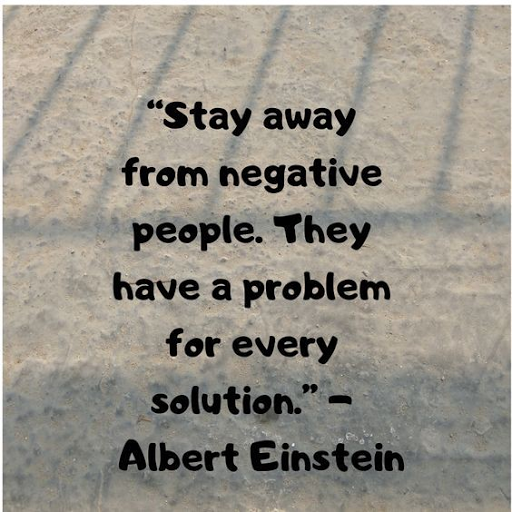 5.    Gravitate Toward Encouragement and Support – Even just one supportive and encouraging person who sincerely cares and wants to see you succeed can be such a boost to your self-esteem. 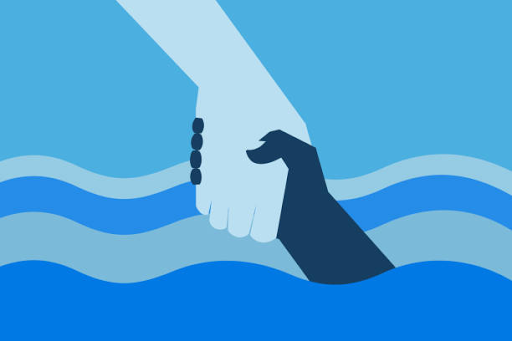 6.    Keep Your Mistakes in Perspective – Mistakes are bound to happen, but some people have a harder time getting back up after a fall than others. Self esteem building is all about looking at the big picture and accepting the fact that things are going to go wrong from time to time but that does not mean you are not going to eventually succeed in your goals 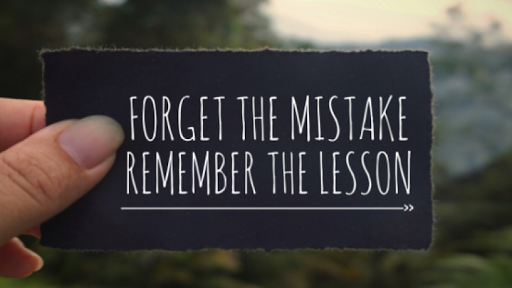 7.    Goals are Golden – Speaking of goals, having short term goals every day and long-term goals to keep focused are essential aspects of self-esteem. If positive self-esteem is a tower, then individual goals are like the bricks that the tower of self esteem is built with. Each goal achieved is a self esteem boost no matter how small 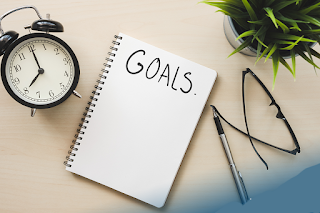 8.    Get Outside Your Comfort Zone – Speaking of goals, one goal should be to take some healthy risks to push yourself to move in positive directions. Yes, there may be some anxiety and discomfort when venturing outside the comfort zone but going past the boundaries is the only way to expand your world and grow in your experiences which can really boost self esteem 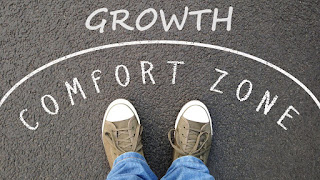 9.    Sense of Humor – It can be so empowering to be able to laugh at life and to know when not to take yourself too seriously. People with self esteem often know when and how to just let themselves be human and to be able to use humor to de-stress and to let go of some of the small stuff that can weigh you down 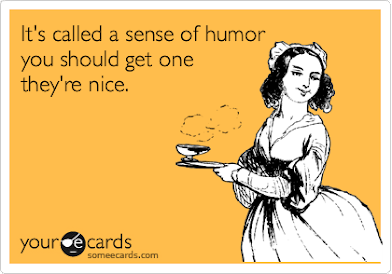 10.  Accept Imperfection – There are times when practicing and striving to get things just right can be very rewarding and some people have had great success perfecting a skill or a craft. However, in general, to ALWAYS strive for perfection can be a lesson in frustration. Expecting “straight A’s” in all facets of life can be very damaging to self-esteem because we all fail from time to time and that’s okay.

Group Questions: As a group discuss:

What are some of your areas where you are already making progress and growth?

Which areas can you focus on more for self-improvement?

What are one or two specific things you can start working on right now to boost your self-esteem?

WITH MORE - SELF ESTEEM ICE-BREAKER 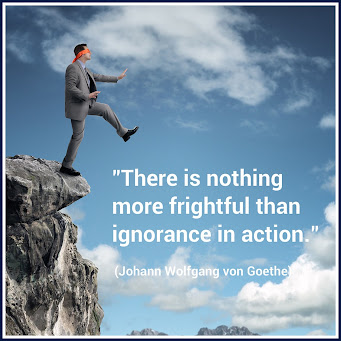 Introduction – There are many behaviors that are commonly perceived as negative or undesirable by others that humans do more often than they should. These negative behaviors may be considered to be annoying, inconsiderate or downright rude or at times even worse. Two of the most common reasons people may act in this manner may be ignorance or indifference

*It must be noted that there are times when it is a positive thing to be ignorant or indifferent. To ignore some things or to not care can be beneficial. (A good example would be to ignore or not care about gossip. Another example of ignorance and indifference being positive would be when someone is focused on a positive goal and they are ignoring distractions and “haters”) – Still for the purpose of this exercise, the focus is on when ignorance and indifference are negative, which can be quite common and quite destructive

Review and discuss the following as a group:

Ignorance and Indifference can cause…

(Discuss examples for each below)

§  Injustice and Inequity (Lack of fairness)

§  Waste of time and resources

Are there any other consequences of ignorance and indifference not already discussed?

Why can indifference be even worse than ignorance?  (Hint – What is worse, to not know or to know and then still not care?) Discuss some examples if possible 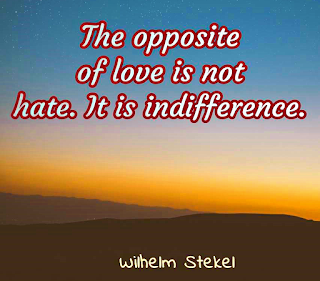 The Antidotes to Ignorance and Indifference

Directions: As a group review the following qualities that can prevent ignorance and indifference and then discuss and share personal thoughts on each positive quality

Empathic – Understanding others even when we do not agree. Able to “put self in other’s shoes”

Humility – The state of being humble. Freedom from arrogance. Teachable

Modest – Not feeling the need to brag or try to make oneself seem overly important. Unpretentious

·      Willing to listen (not just hear but to listen and apply)

·      Willing to accept, adjust and adapt as needed

Noncritical – Not prone to being critical. Able to refrain from negative opinions or fault finding

Are there any other qualities not listed here, that you can think of that will help prevent ignorance and indifference

What do you think are your areas of strength from this list?

Being honest, what might you need to work on?

What is at least one thing that you can start doing today to improve?

Posted by Taking the Escalator at 9:58:00 PM No comments: