Look both ways before you cross the street

Wash your hands after you use the bathroom

In some of the most simplistic of cases, thankfully common sense still prevails. There are some very basic truths that commonly make good sense to just about everyone who has the power of reason. Another perfect example is the old adage that “If you play with fire, you are going to get burned” which most people would not argue, thus making it “common” sense. This notion of things being viewed as “good sense” based on popular consensus seems to work when things are simple, and based on everyday sound judgment and experience.

When it comes to issues that are increasingly sophisticated, more emotionally-charged or that originate from a much larger “gray” area, then the concept of something making “sense” just because it is “common” often does not apply. For example, in history, there are many examples when commonly held beliefs were wrong. The majority of people thought that the world was flat at one period in time, and there was a long period of time when people believed that the earth was the center of the universe. When you consider superstitions, “wives tales”, and inaccurate or misinterpreted science, there are even more common beliefs that are pure nonsense. For example when cameras were first invented many people feared that getting your picture taken was akin to someone taking your “soul”. If that were true, with all of the cameras around today we all lost our “souls” thousands of times over.

Don’t think that just because society has advanced scientifically and technologically that people are immune to believing something simply because it is deemed a “common” belief. You can see this in action just about every time there is a hot issue debated on social media. Somewhere in our modern social media culture, the number of thumbs ups or likes associated with an opinion comment is somehow viewed as a measure of a sense of truth. This can apply to any area including current events, science, religion, and even sports. If there is an article about a potential crime or scandal, for example, should a cleverly-worded comment with a lot of “likes” serve as an indicator of the person in question’s guilt or innocence? Are we destined to decide the origin of the universe based on who has the more clever and popular comments beneath someone’s Facebook post? If more people like LeBron James than Michael Jordon on Twitter does that make him a better basketball player? We have all had the experience of watching a seemingly innocent comical YouTube video about a benign subject somehow descend into a fierce, hate-spewing, political diatribe in the comments section below it. In these instances often we can see people wage a relentless crusade against one another’s opposing political views, none of which has anything to do with the original video, with the most popular comments often viewed as victorious in the ongoing battle for truth.

When it comes down to it, the journey toward learning what is “true” and the quest toward discerning what is “right” and the search for what makes “sense” is an extremely valuable endeavor that should be encouraged, nurtured and never abandoned. Often we can learn from healthy discussion, examining opposing viewpoints, and open-minded consideration of commonly held beliefs. Nevertheless, the quest to make sense out of things in our complex world was never intended to be based on an internet popularity contest. What does make good sense may not be popular despite what the common nonsense might otherwise say. -    www.takingtheescalator.com 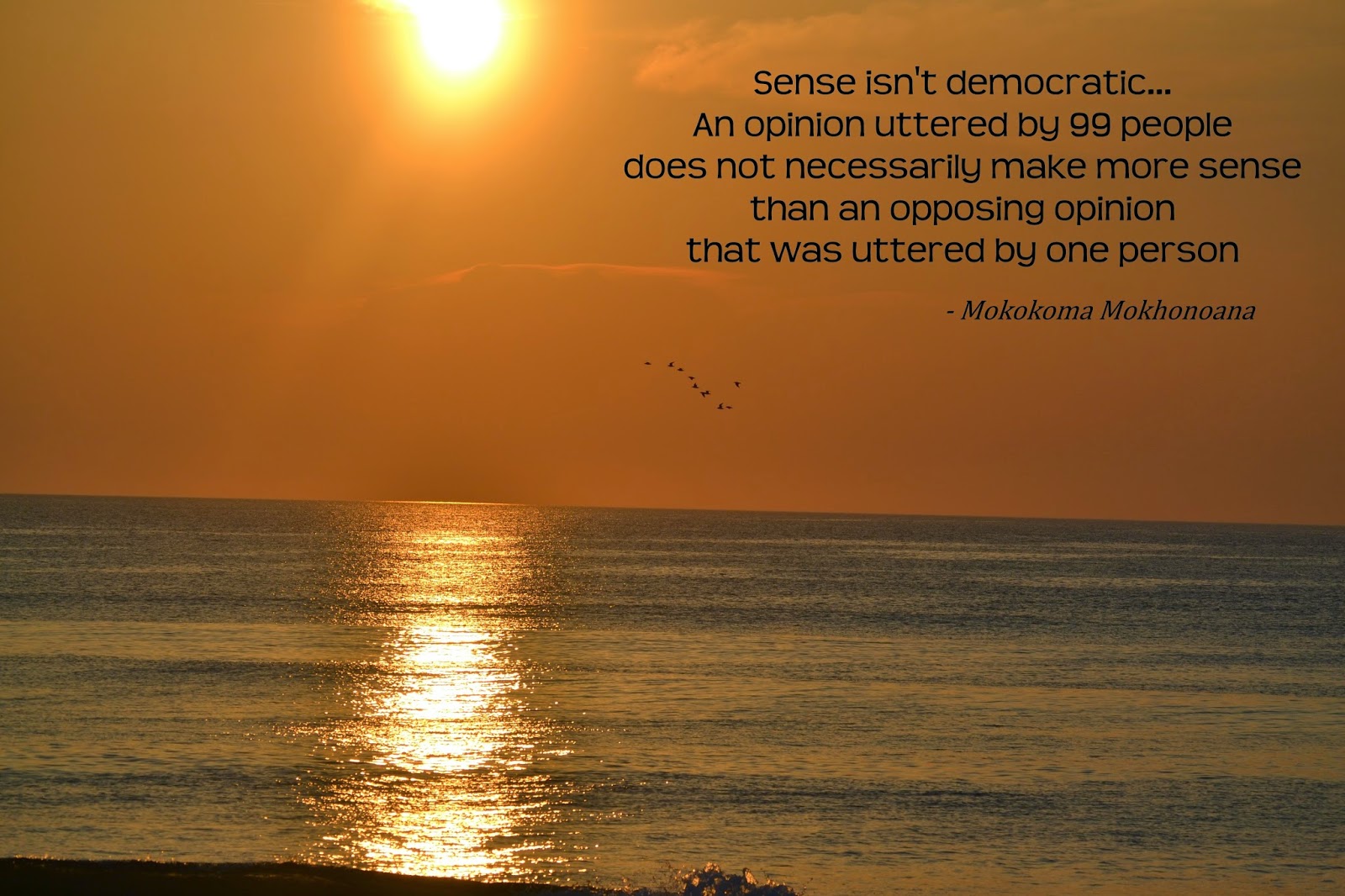