The word “manipulative” gets thrown around a lot in the world of mental health and addiction. It can be very unfair to simply just label another person as “manipulative” as if it’s a black or white (yes or no) issue by saying that some people are completely manipulative while others aren’t manipulative at all. Rather, it makes a lot more sense to look at manipulation the same way as we view many other behaviors: as occurring along a spectrum with varying degrees depending upon circumstances, motives and overall intent.

One thing in common is that all of us want to get our needs met.  So if an individual is simply trying to get their needs met that is does not automatically qualify as a form of “manipulation” in the pejorative sense. What qualifies an action or behavior as manipulation is the tactics someone is willing to employ in order to get their needs met. Based on this perspective, if an individual is willing to use unfair or unethical means to get their needs me, then that would then fall under the umbrella of “manipulation” Still, when it comes to what is actually considered to be ethical and fair there can be a debate from one person to another so still there always may be some gray area when determining if a behavior is manipulative or not.  Nevertheless, there are some tactics for getting one’s needs met that are more clear-cut than others from an ethical perspective and therefore are tell-tale signs of manipulation. Let’s consider just one example – The manipulation of information to get one’s needs met in an unfair or unethical manner:

The Manipulation of Information: Twisting, altering, modifying, misrepresenting or selectively withholding information in a deliberate or deceptive manner in one’s own favor in order to elicit or evoke one of the following:

How have you been a victim of any of these examples of manipulation? – When describing, try to include how you felt (Try to use feeling words)

Self-searching – Have you ever used any of these tactics? (Group should refrain from passing judgement as just about everyone has been manipulative at one time or another in life) 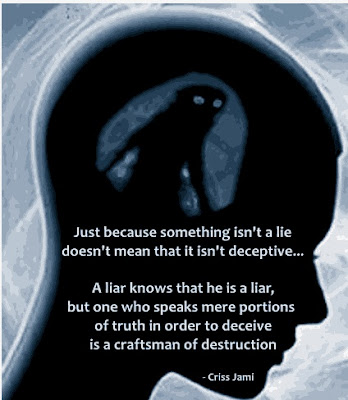 www.takingtheescalator.com
Posted by Taking the Escalator at 11:03:00 PM No comments: