Freedom from a Self-Imprisoned Mind

In all our “humanness”, we all do things wrong every day. I know for sure that I do, quite often in spite of my best intentions. There are those errors that we make each day simply by accident, due to ignorance or not knowing better, or because of misconstruing or misinterpreting the facts about another person or a situation. Hopefully we learn from these mistakes and try harder once we gain some increased awareness. Also, there are also those other misdeeds that we undertake, that deep down inside of our own heads we already know are wrong, yet we make a choice to follow through with them anyway. There are thousands of examples but one common scenario is when we intentionally do things for our own amusement or personal gain that we know may hurt ourselves or others, or perhaps even both.

When we choose to do something that we clearly know is wrong, that often involves silencing that inner voice in our head that tries to redirect us before we act. That inner voice we are so familiar with is our conscience. Many people these days, have become extremely adept at ignoring the guidance of their conscience while skillfully postponing or avoiding the consequences of their actions through a clever pattern of deceptive cover-ups, self-justifications, or just dulling the senses through maintaining a pervasive state of self-induced ignorance or a steady flow of self-medication.

Even if we get away with going against the yearnings of our conscience or inner voice for an extended period, a difficult to escape reality is that we all have to live inside the confines of our own minds. In time, despite our best efforts to ignore them, the negative thoughts that may plague someone’s conscience can often become like a prison cell of anxiety, fear and apprehension. For example, the man or woman who cheats and lies on those closest to them often ends up extremely suspicious that others are cheating and lying to them. The person whose heart is filled with hatred, prejudice and accusations often has to deal with the uncertain sense that others are secretly hating, judging or accusing them without cause. The person who superficially measures others based on their physical appearance, wealth or social standing often lives in constant inner fear and insecurity of losing their own beauty, money, prestige or status, for example. 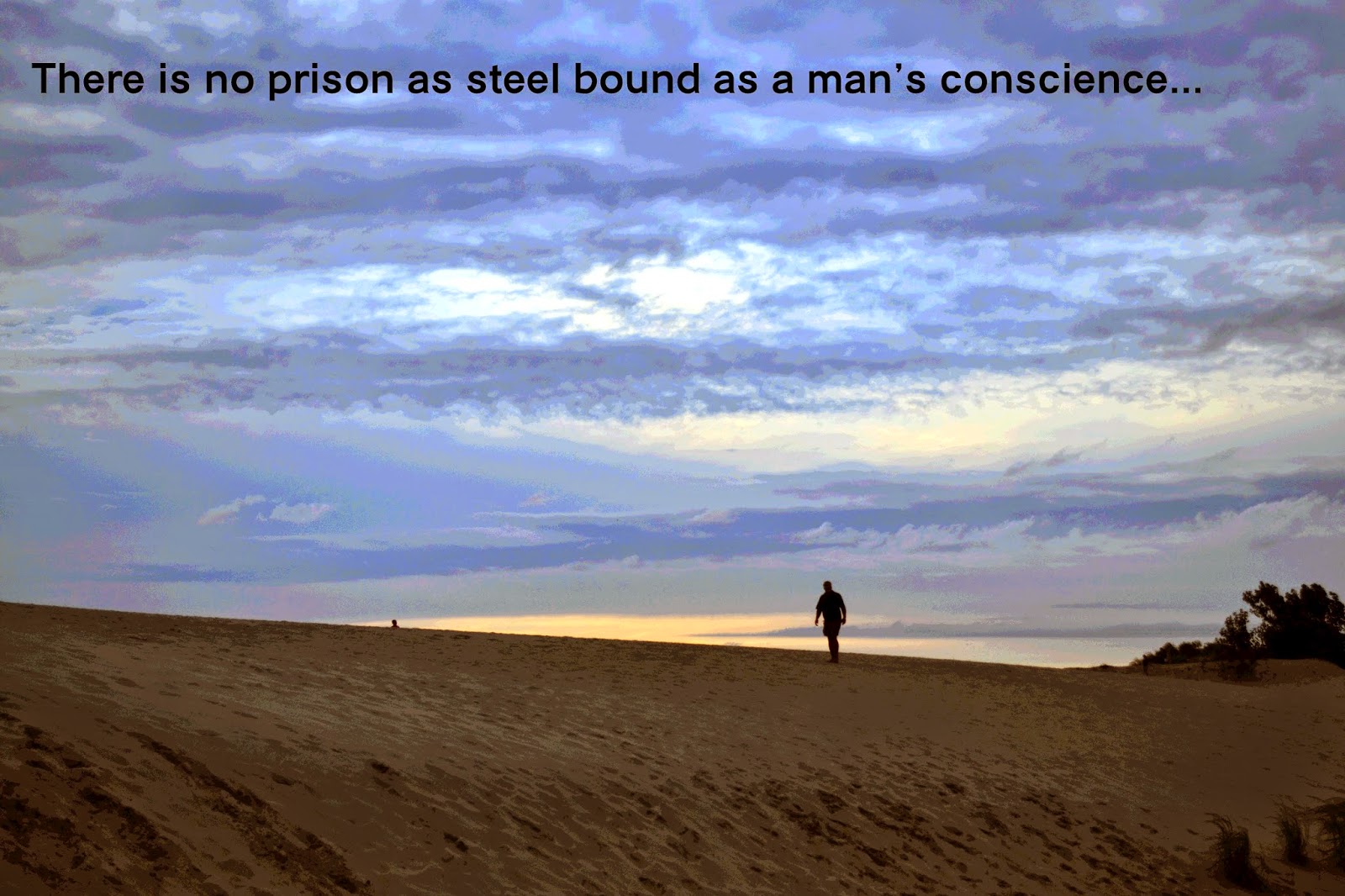 The short term “freedom” that one may seek by choosing self-gratification over listening to the inner voice of their conscience can eventually transform that inner voice of reason into one of mistrust, paranoia, and ongoing self-judgment: “If I am getting away with doing this to others, who’s to say that they are not getting away with doing the same to me behind my back?” can become an inescapable internal reality when choosing this course.


To the contrary, a healthy conscience is one of the essential keys to a happy mind so we do well to listen to it. That little voice inside our mind that tells use to display empathy and understanding, to practice self-control, patience and kindness, and to be honest and be self-sacrificing and to look for the good in both our self and in others, does not always tell us the easy way to do things, but it guides us toward the better way. Therein lies a much greater, lasting sense of inner freedom when we both hear it and listen. Rather, ignore that inner voice long enough and you will in effect be accepting a long term sentence to a self-imprisoned mind.                                 takingtheescalator.com 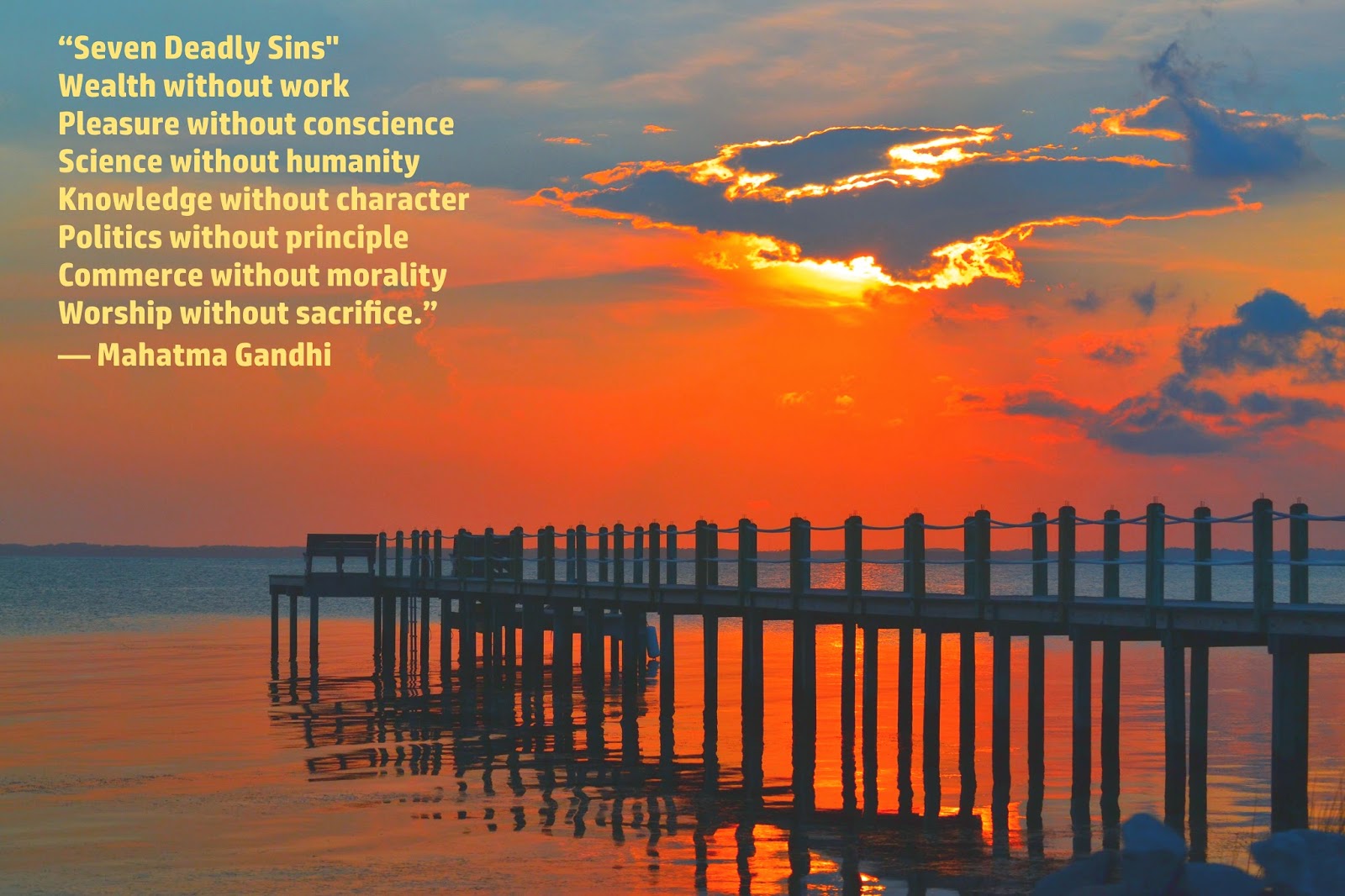