“Give it everything you got!”

“It’s all or nothing”

These and other similar phrases are well meaning and can be very motivational when the listener is able to make application. We all love stories of how someone left it all on the line and gave it their all in some kind of struggle which ended up with overcoming great odds or some other success story. Going for it full force is awesome if you have what it takes to make it happen. Still, does that mean less enthusiastic, less energetic efforts are a waste of time?

If you look up the phrase “half measure” it is associated with being “inadequate”. That may be the case, as half-hearted efforts can end up in failure because they don’t have the momentum needed for success. In competitive areas like sports, academics and in many careers, if someone doesn’t give it their all, then success is unlikely so half measures are frowned upon. Nevertheless, in many other arenas of life a half-measure can still be a very positive thing for one simple reason: a half-hearted effort is still better than NO EFFORT.

Take for example, exercise. Isn’t it better that someone do a lousy workout than no work out at all? At least, he or she got up and went to the gym which is worthwhile in itself. Another example would be if you asked an oppositional teenager to clean his or her room and he or she responds by doing a subpar job. At least he listened and did some cleaning! These types of efforts are clearly at a minimum a step in the right direction. There is at least something to work with in both scenarios.

The same is true for substance abuse. If someone is willing to “just give it a try” when it comes to addressing their substance use, it is still better than someone who refuses to do anything about it. Do people need to “hit bottom” and does it then need to be viewed as “life or death” in order for positive change to happen? Surely it can be helpful when someone feels desperate for change but it is not a requirement for a successful outcome. In reality, many people come into substance abuse treatment with a “half-hearted” or ambivalent attitude still end up doing extremely well in the long term. By contrast, sometimes the people who come in “gung ho” about recovery in the beginning actually start strong but end up burning out when the “fire” inside them runs out. Whether it is just a half measure or not, when someone finally makes their way into treatment there is always some hope for improvement. Going back to the fire analogy, if there is at least a spark, then the rest of us (counselors, family members, friends, and other helpers) can figuratively blow on and then feed that tiny spark of motivation to help then build up a fire inside for change.

What is important to remember when it comes to substance abuse and other similar areas, is that some change is better than no change. Many of us need to walk before we can run as the saying goes. Therefore, it is so critical that any of us in a role as “helper” remember the importance of being a cheerleader, motivator, supporter, etc. for those who unsure or ambivalent about change that may be just starting with a half-measure. Or if you are a person struggling with something right now, it is worth it make an effort, no matter how limited that may be because it is a step in the right direction. Change has to start somewhere, so whether you are ready to give it your all, or just go half way, if you can just get up and get out the door then there is hope. 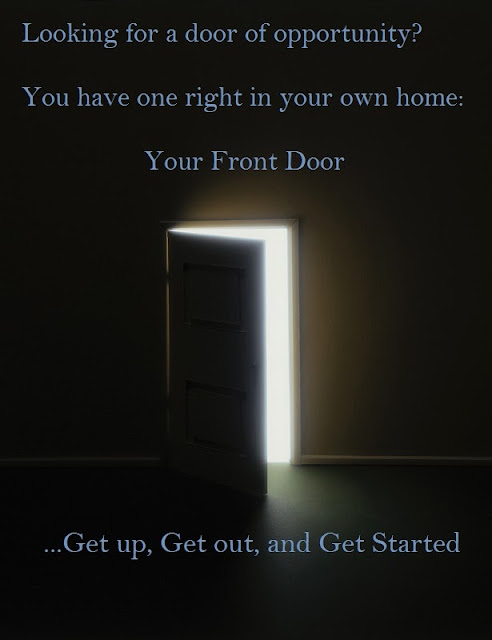